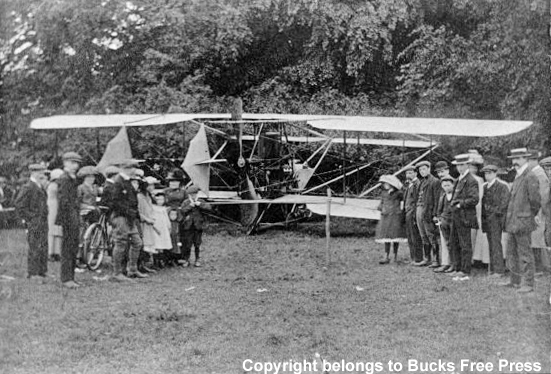 Colonel Cody was an early pioneer of manned flight and in 1908 was the first man to fly an aeroplane in Britain.  In the early morning of late September he left Farnborough, planning to fly to Cambridge with his son as passenger, but experienced problems with the weather and the biplane’s compass.  As a consequence he had to make an unintended landing, coming down at Mannings Field.