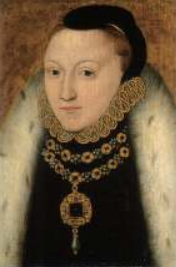 On her return from visiting the University of Oxford, one of the many overnight stays of Queen Elizabeth I was Bradenham House, then the residence of Lord Windsor.  The following day, her Majesty continued on to what is now called High Wycombe by way of Downley Common and Tinkers Wood.  It is reported that she was accompanied by “a large party of gentlemen, because of thieves which infested these woods”.   It should be noted that the present roads from Bradenhan and West Wycombe had not yet been constructed.